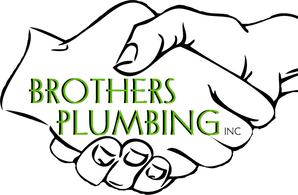 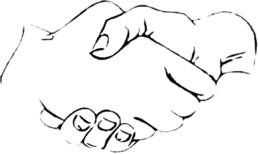 Brothers Plumbing was formed in June of 2010. Rich and I have worked over 40 combined years in the trade both serving 5-year Union Apprenticeships and finishing as State Licensed Journeyman Plumbers. Additionally, we have both been licensed and certified for medical gas installation.  Rich and I started our careers at the same plumbing shop here in Eugene and put in a combined 25 years there before we started Brothers Plumbing. At that plumbing company, we started our apprenticeships and worked our way up to be job foremen and supervisors over several projects. Most of our work has been in the commercial side of the trade, primarily in the medical field starting at the Sacred Heart medical facilities. Now, as owners of Brothers Plumbing, we continually strive to build strong relationships by providing quality service and attention to detail.

Brothers Plumbing has been involved with several projects at both the University of Oregon and the Oregon State facilities. We have also completed other projects both in the government and medical fields, such as a US Forest Service fire fighting truck shop and warehouse, Oregon Imaging MRI remodel at the Sacred Heart River-Bend Facility, Lane County Public Plaza re-roof, several projects for Samaritan Health Services in Corvallis, Albany and Lebanon. We have completed the domestic plumbing project on the Winston/Dillard water treatment plant, the roof drain and cast-iron downspout remodel at the Lane County Fair Grounds Event Center, and a new branch of the Central Willamette Community Credit Union in Lebanon. Also, we have completed some jobs that are larger contract value such as: Albany General Hospital complete 4th floor remodel, Albany General Hospital complete 3rd floor remodel, the Samaritan Evergreen Hospice Center, the Ninkasi Brewing Company's new brewery facility and waste water treatment plant, The Boulder Falls Inn hotel in Lebanon (an 87 room upscale hotel with restaurant),  Cascade Manor's new 30 apartment retirement living and the new River Road Elementary.